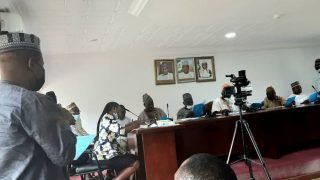 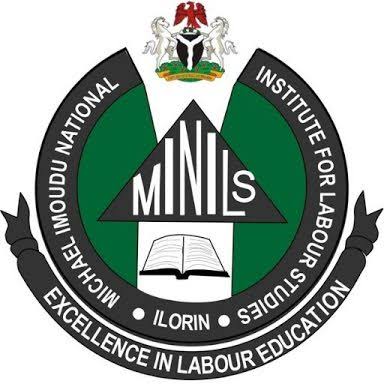 Micheal Imoudu National Institute for Labour Studies (MINILS), Ilorin is set to compliment President Muhammadu Buhari’s vision of eradicating the menace of out-of-school children through a comprehensive school feeding intervention programme where pupils are enrolled in school, fed and supported to continue their education.

The Director General, Comrade Issa Aremu made this disclosure on Sunday at the 2021 Nelson Mandela (International) Day (NMD) held at Institute premises in Ilorin.

In November 2009, the United Nations declared Nelson Mandela Day on July 18 every year to mark the birthday anniversary of the first non-racial democratically elected former South African president, Dr. Nelson Mandela. The Day honors Mandela’s 67 years of public service to humanity, 27 years out of which he spent at the maximum Robben Island prison for fighting against the crime against humanity which was apartheid in South Africa.

The high point of the maiden edition of Mandela Day at the Institute was the feeding and certification of 35 students of some public schools in Olulande host community, where MINILS is located. The theme for 2021 Mandela Day is “One Hand Can Feed Another”.

Comrade Aremu said the management of the Institute was inspired to join progressive world today to feed and educate 35 students of secondary schools from the community as part of its corporate social responsibility.

According to him, in extending care to the students, the Institute “dutifully compliments the globally acknowledged social protection measures of President Muhammadu Buhari, administration in feeding Nigerian children and protecting them in schools against banditry”.

The Director General decried what he called “weaponization” of education by bandits who kidnapped students and teachers alike, adding that the late iconic leader Nelson Mandela was right to say “Education is the most powerful weapon which you can use to change the world”.

MINILS, he said, would partner with the Presidency and the Federal Ministry of Humanitarian Affairs, Disaster Management and Social Development to realize the vision to achieve the vision of lifting 100 million Nigerians out of poverty by 2030 through education of youths in skills for employability.

Comrade Aremu urged the State governments and security agencies to re-dedicate themselves to the Safe School Declaration project of the Federal government. The 2021 colorful ceremony was attended by members of NLC, TUC, women organizations and people living with disabilities.

The foundation stone of MINILS was laid in 1983 by late President Shehu Shagari. The National Institute for Labour Studies was established to contribute meaningfully to national development through regular capacity building training for the country’s workforce, organized trade unions, organized employers of labour and government officials on critical labour market issues.

The objective is to promote labour-management relations, best practices and industrial harmony for sustainable economic development through informed education about complex labour market issues . Since its establishment, (MINILS) has trained thousands of workers and employers from both public and private sectors.