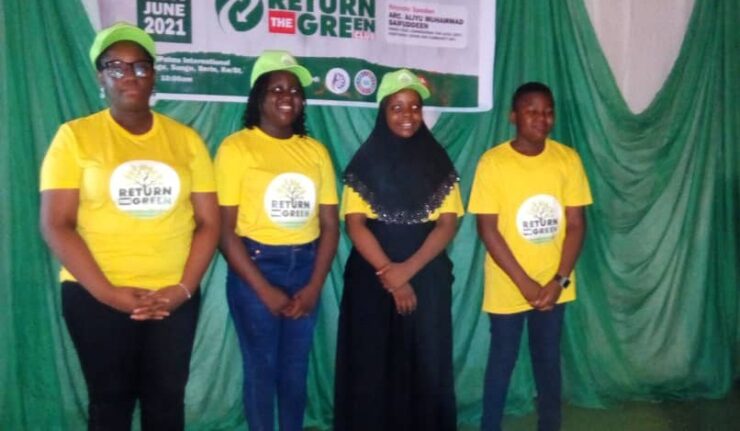 Four Children climate activists of the Royal Palm International College in Ilorin have inaugurated “Return the Green Club”, an initiative to bring awareness on the need to save the environment from depleting.

The ‘Return the Green Club,,’ is part of the activities to mark the 2021 World Environment Day, themed: “Restoration of the ecosystem”.

Miss Aderinsola Adegboye, Founder of “Return the Green” initiatives, observed that government from nations have agreed to limit global warming by reducing carbon emission in areas like energy and transportation.

She warned that globally, the world has started experiencing changes due to climate change.

Adegboye advised that to cope with the climate change that is taking it’s toll on the environment, drought resistant crops and trees should be planted.

She advised people to build houses and roads above sea level and use of technology to be innovative about irrigation method.

According to her action to reduce causes of climate change includes using renewable energies, cooking clean, and reduce, re-use and recycle among others.

Miss Chibuzor Oseigbu, listed causes of climate change to include deforestation, burning of fossil fuel and Agriculture as a major cause of source of greenhouse gases which co tribute to the green house effect and climate change.

Miss Mariam Abdulquadir, in her presentation explained that World Environment Day is United Nation’s principal vehicle for encouraging children and adults, both educated and uneducated, rural and urban dweller to be world wide on the awarenes and action for the environment.

On his part, Master Adenrele Adegboye, advised school children to fight climate change through provision of Bird feeders to provide shelter for birds, use of snack paper bag, compost making and making short videos on climate change and posting.

He observed that such initiative will promote awareness on dangers of ill treatment of the environment and the need to protect it.

Opeloyeru said there is need to take such awareness to mosques, churches, opinion and community leaders so as to preach the importance of ecosystem.

Earlier in her welcoming address, Mrs Funmi Adefila-Osiegbu, Founder of Bundies Care Support Initiative noted that our relationship with nature is broken.

“These crisis stemmed from the unhealthy practices we have adopted as occupants of our planet,” she said.

According to her, many have been lost to various diseases and infections, from the recent COVID-19 to Ebola, lassa fever and zika virus among others.

Oseigbu disclosed that the Return the Green initiative will hopefully become national and global, adding that it is time to be action driven towards restoration and preservation of the environment.

On her part, Mrs Remilekun Bamigboye, Commissioner for Environment opined that the issue of climate change has been left unattended to, and now threatening human existence.

She noted that it is important that the younger generation champion the cause of the environment so as to have a safe world to live in. 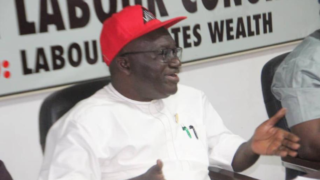